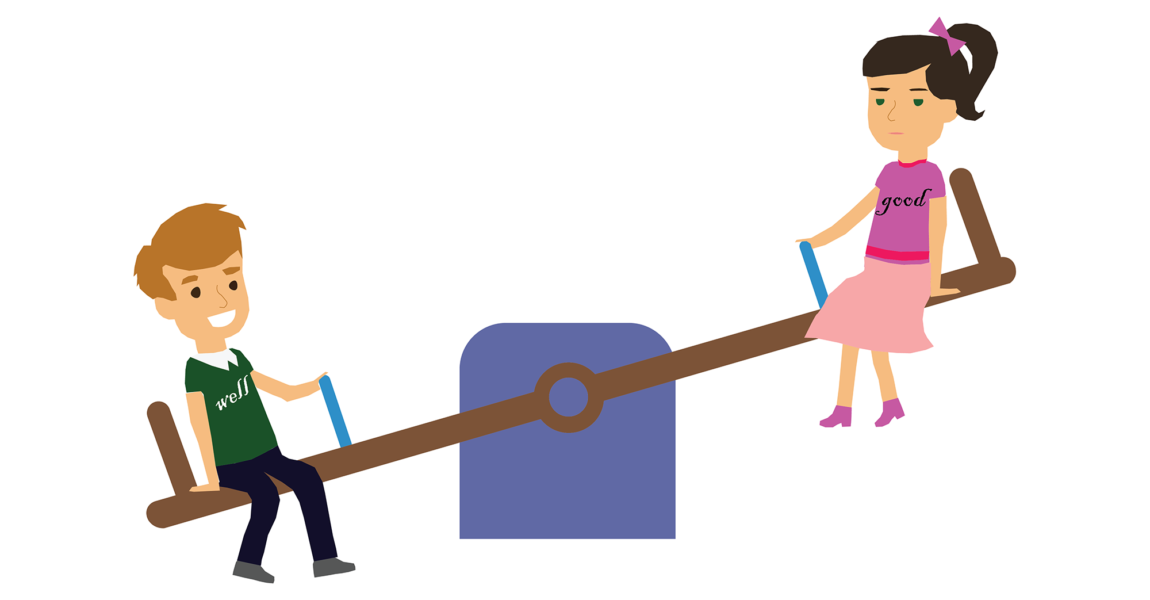 “Greed, for lack of a better word, is good.” These words immortalized by 1987 fictional character Gordon Gekko represent more than the line that earned Michael Douglas his first Oscar. They speak to an idea that has long ensnared capitalism: “good” business is greedy business. It concentrates on shareholder interests alone.

When I was in college, I pursued a Master’s degree in economics. The unimpeachable belief at the time was that the sole purpose of the corporation was to maximize shareholder profit. The theory – first introduced by Nobel Laureate Milton Friedman in a 1970 essay – argued that a company has no social responsibility to the public or society; that its only responsibility is to its shareholders. This doctrine ultimately became so influential, it defined business practices, government policy and all business school instruction for nearly half a century.

But then things shifted. While corporations had been, without question, the source of global economic prosperity and growth for much of the twentieth century, public trust in them had been steadily eroding. By the time Wall Street requested its bailouts during the financial crisis of 2008, distrust had calcified to such an extent that “the corporation” had become synonymous with inequity, misdeed and environmental degradation. License to operate for “shareholders alone” was effectively lost. Now, companies had to consider the impact to their people, society and the environment.

Like with most things that die, the failure of the Friedman paradigm has given rise to a reimagining – this time, in the very purpose of business itself. This is where we find ourselves today. Leaders and economists grapple with questions on the moral responsibility, purpose, and social impact of business.

But for all this evolution, people remain profoundly confused in one area: we still imagine we can “be good” or we can “do well” but we cannot do both at once. There remains a deeply held association between the financial results of a company and its self-interest.

It is time to dismantle this final vestige of Gekkian philosophy. Not only are “good” and “well” not trade-offs in business, having purpose can be a source of competitive advantage in commerce. Good can be harnessed to great effect.

Let’s imagine a seesaw. On one end sits a little girl called Good, who cares about her classmates, her teachers, and the school grounds. Whenever someone is injured in class, Good is there to lend a helping hand. On the other end is a boy named Well, who is a gifted athlete and student. Well excels in everything he touches, but is blind and deaf to the needs or wants of Good and her friends.  Good and Well sit on opposite sides of the seesaw: when one goes up, the other goes down. 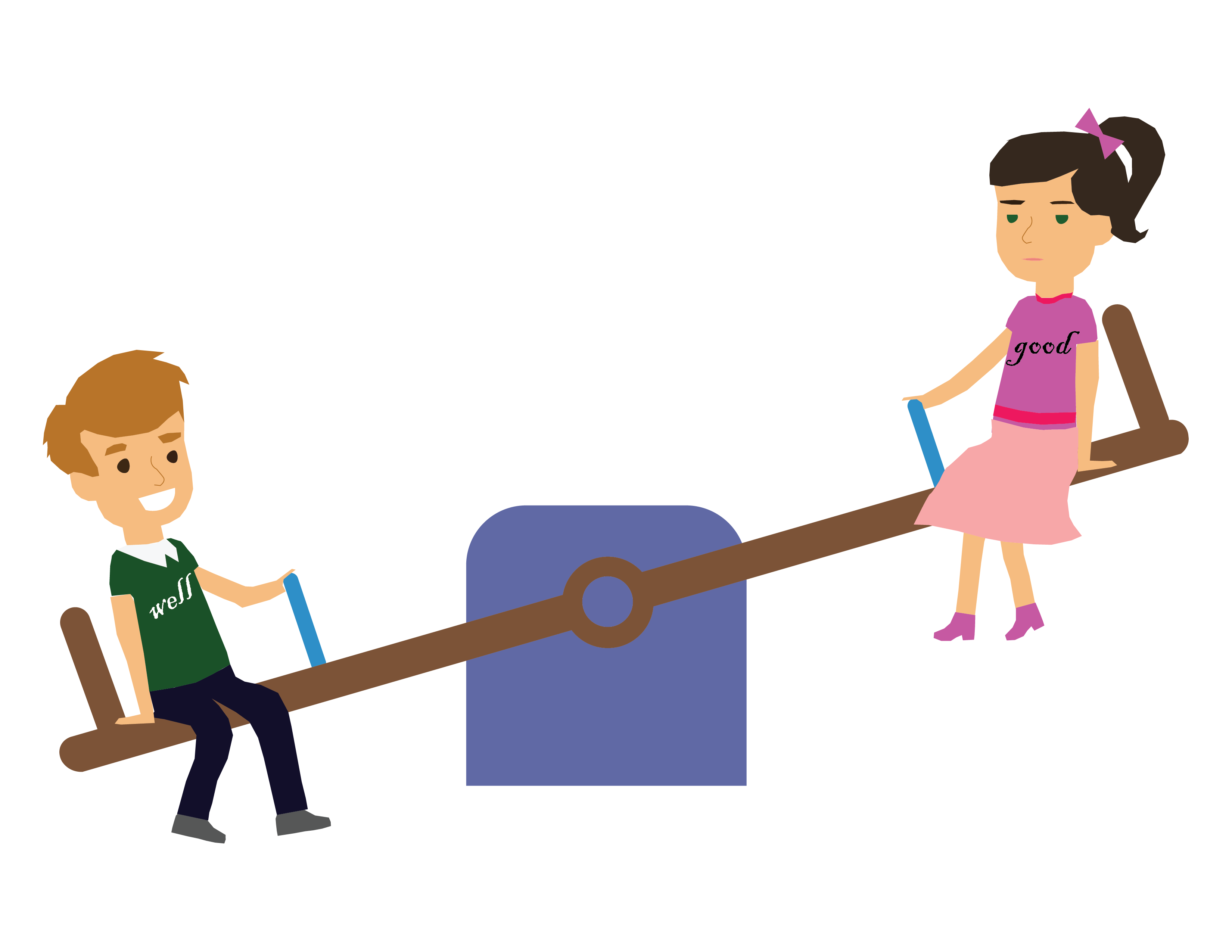 This is the way that purpose and profitability are typically framed in business. It is a reflection of the theories for which Friedman won his Nobel prize. If a company deigns to focus on anything other than shareholder interest, it will invariably cut into profit.

The problem with this thinking is that it doesn’t reflect reality. According to this logic, “greedy” business (companies that focus on shareholder returns) should always outperform “purposeful” business (companies with meaningful missions). But this is simply a misconception.

Were conventional thinking correct, we wouldn’t see long-term returns in purposeful companies outperforming the stock price of conventional ones. But  purposeful equity frequently surpasses conventional equity in both public and private markets. For example, in one study by HBS professors John Kotter and James Heskett, purposeful and value-driven companies outperformed their counterparts by a factor of twelve over a ten-year period.1 Meanwhile, in a study of over 450 private equity deals over a five-year period, Bain and Company observed that median multiples tend to be higher for deals with social and environmental impact (3.4x) than those without (2.5x). 2

These results falsify the trade-off assumption implicit in the Gekko-Friedman paradigm. They beg the question, what IS the relationship between “good” and “well” in a company? And is there something fundamentally attractive about purpose?

Adam Lowry and Eric Ryan were childhood friends from Grosse Pointe, Michigan before they were ever entrepreneurs. But in 2000, the young men joined forces to launch a highly disruptive start-up. Their target? Soap.

They called themselves Method. And from a tiny apartment in San Francisco, Lowry and Ryan brewed soap batches in a bathtub, with the hopes that they would one day steal market share from the likes of Proctor and Gamble and Clorox. The dream was to counter the toxic and wastefully packaged household products that dominated the market at the time. Lowry and Ryan sought to disrupt an industry by introducing environmentally friendly, nontoxic products to the masses.

Conventional logic said that Method shouldn’t make it. Indeed, they barely did. At one point, the two founders had but $16 in their bank account, having blown through the $100,000 in seed capital they had both invested.3 The company was squaring off against multinational corporations with established positions, brands and retailer relationships. But what Method lacked in resources they made up for in purpose, product innovation and tenacity. The Method founders firmly believed that mainstream demand existed for green products – they were right.

Today Method generates over $100 million in revenue per year. It sells household soap and detergent that are nontoxic and come in packaging that is closed loop and biodegradable. Customers are willing to pay a premium for the brands, big retailers stock the product, and the company has access to high quality talent because of its reputation for innovation and purpose. In other words, Method has competitive advantages (brand and talent) that extend from its purpose. It has been successful precisely because it never concentrated on profitability alone. So much for the seesaw.

In a world in which stakeholders matter and are vocal, a better way to conceptualize the relationship between “good” and “well” is gravity. According to this mental model, companies are like masses in the universe, competing to attract customers, capital and talent: the greater their mass, the greater their attraction, the more they can pull desirable resources and assets to them. In this universe, being “good” is a source of mass.

It is easy to see why this would be the case. When an organization has a meaningful purpose in the world, it has an easier time attracting top talent. When its products and services reflect values with which its customer base associates, it has an easier time differentiating the brand, demanding price premiums, and generating sales. Finally, when companies possess attractive ESG traits, they are less likely to lose capital from concerned investors and more likely to earn it from impact-oriented ones.

This isn’t just theory: many studies demonstrate the benefits of purpose. For example, according to one 2016 paper in the Journal of Accounting and Finance, “there is evidence that the investment returns to brands run on conscious capitalistic principles have been 1025% over the past 10 years vs. 122% for the S&P 500.” 4  That same paper noted that a majority of consumers would be willing to pay higher prices for products or services made by socially responsible companies, and would avoid or boycott products produced by companies found to act in an irresponsible manner. This is in addition to the studies that highlight the relationship between meaning and job satisfaction. For example, in one study, Harvard Business Review found that 9 out of 10 employees would be willing to trade a percentage of their lifetime earnings for greater meaning at work – on average, they’d be willing to give away up to 23% of future earnings to work somewhere meaningful. 5

I’ve seen this in my own experience, too. Over the past thirty years of my career, I have had the privilege of working with many fine men and women in the finance, construction and the oil and gas sectors. By far the most committed employees I’ve ever seen are the ones we have today at Backwoods. This is no slight to the great people I’ve worked with before, but at Backwoods, there truly is a higher calling. Tremendous economic disparities exist between indigenous communities and the rest of Canada: our staff understands this and deeply appreciates how what we do contributes to addressing this problem. It makes coming into work every day with some fire that much easier.

A month ago, world leaders convened in Davos for the World Economic Forum. Seven major themes were presented; among them was one called “better business.” Clearly, there is worldwide recognition that businesses must better respond to the needs of the people, society and environment they serve.

What is less appreciated is potential. As the CEO of Backwoods, a purposeful business that grew its revenues to $120 million in 5 years, it still astounds me how many CEOS cannot understand that good business is good for business. Of course purpose can be profitable. In many instances, it is more profitable over the long term.

Good can be harnessed and made to be a competitive advantage. Backwoods and Method are but two cases where this has been achieved – there are more. Leaders who see this have the potential to have meaningful impact, not only on their bottom line, but also in the lives of their people and in the world. That’s an exciting prospect.

The Path Less Taken is a space to explore powerful, often overlooked ideas. We created it for leaders who seek to build responsible companies and for readers who believe that thoughtful and nuanced thinking and discourse is a prerequisite to solving the most pressing issues of our time.