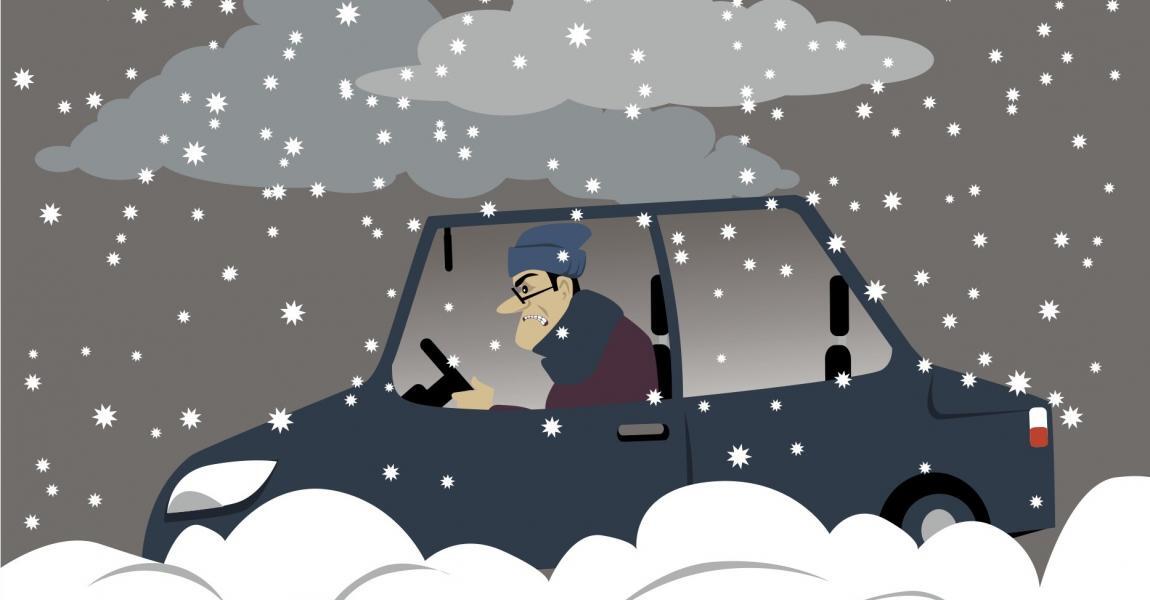 “These are extraordinary times. Our government is taking extraordinary measures”, Prime Minister Trudeau said recently. “The measures we’re announcing today will provide up to $27 billion in direct support to Canadian workers and businesses, plus $55 billion to meet liquidity needs of Canadian businesses and household through tax deferrals to stabilize the economy.”

$82 billion – in other words, the federal government is proposing to spend upwards of 4% of Canada’s GDP to counter the economic fallout of COVID-19. It is fiscal stimulus that is warranted by the economic conditions in which we find ourselves.

Unfortunately, the headline number is more impressive than the impact it will have: the policy as currently designed will fail to help 90% of Canadian companies. It will fail many of our most vulnerable workers. We need to understand why to advocate for the stimulus we need. Canada needs to rethink its approach to fiscal aid in the short window of time we have to act.

Let’s begin with a reminder of economics to help put things in context.

The economy and where it was prior to this crisis

Credit itself is neither good nor bad. Too little credit in an economy stifles growth because it means productive assets don’t get purchased. For example, when there is not enough credit, the farmer can’t get the loan to buy equipment that will make him 10x more efficient in his fields. Conversely, too much credit burdens the economy with debt and unproductive assets. When there is too much credit, people (and companies) overextend themselves on nonproductive assets, like taking out a second mortgage to buy a vacation property beyond their reasonable means.

Over long periods of time (decades), societies go through many businesses cycles and accrue progressively more debt. Each business cycle sees an expansion of credit and a period when debts are repaid. But overlaying this cycle is a multi-decade trend towards debt accumulation. Eventually, a society’s debt burden grows so big that debt levels are high across virtually all levels of the economy. Interest rates are usually low by this point and the credit lever ceases to function properly. When policymakers reach to pull it, unsurprisingly, less spending comes out.

This was our economy before the present crisis hit. During the financial crisis of 2008-09, central bankers around the world had to move aggressively. They dropped interest rates to zero, engaged in quantitative easing (large scale bond buying), and saved the financial system from collapse. What ensued was a massive but temporary (see the small blip on the graph) deleveraging of debt around the world. Since then, debt has again steadily accumulated at every level of society.

Now Canada reels from exposure to two economic shocks – a big drop in global oil prices and the repercussions of fighting a pandemic – and finds itself with a limp monetary policy weapon. While central banks like the Bank of Canada have been responsive to the crisis, they can only do so much. Zero percent interest rates can’t cure a pandemic-led recession like this.

Canada now has to coordinate fiscal and monetary stimulus in order to adequately limit the damage from the pandemic. And for the reasons stated above, fiscal stimulus (direct intervention in the economy by the government) must play the leading role.

It’s not that monetary policy is totally useless. Like other central banks around the world, the Bank of Canada has been intervening in bond markets to ensure liquidity and market function. This has been absolutely critical because many credit markets are loudly groaning under the pressure of these shocks. For perspective, US Treasuries – formerly seen as one of the safest financial havens (other than cash) – have been selling off. They “should” be rallying. This tells you how extraordinary these times are.

But there is noticeably less ammunition. Interest rates were already near zero when this crisis began; our collective debt load was already high. This is why markets haven’t responded positively to the substantial announcements made by central banks: no amount of “free money” incentivizes people to go outside and spend during a pandemic. Citizens are doing their duty to stay home! We need to appreciate that digging ourselves out of this crisis will consequently be much harder, especially if we fail to deliver well-targeted fiscal stimulus.

To date, the federal government has made pledges to support both individuals and companies. In this article we will focus on the ways the government is supporting business, because while citizen support also clearly matters, the package fails individuals less egregiously than it does Canadian workers and enterprise.

First, the facts. The government response comes down to two big pledges. The first is a commitment of $55 billion to buy the debt of corporations if necessary. The second is $10 billion in loans available to the SMEs (small and medium sized enterprises) through the Business Development Bank of Canada.

The $55 billion to ensure corporate debt markets remain liquid is necessary. In recent weeks corporate credit markets (like other bond markets) have been hammered. At a time when we need to keep employers afloat, the federal government is right to ensure there are no liquidity-related bankruptcies; no one would benefit from the collapse of the entire airline or hotel industry. This is a responsible policy choice.

What about is the $10 billion in loan availability to SMEs? While this will probably depend on the business, many companies will find it lacking. For starters, the BDC has said that $5 billion will be dedicated to those businesses that can prove a “direct impact by COVID.” Many companies won’t be able to prove this. Moreover, even when they can, many may feel uncomfortable with destroying their balance sheets just to kick the can down the road.

This brings us to the big problem with Canada’s current COVID-19 fiscal response. In this crisis, our greatest economic priorities must be to protect our collective future and safeguard the most vulnerable in the population. The most economically vulnerable in our population are the people who can’t afford to not work. Yet the current package for businesses is aimed at keeping corporations alive – by loading them up with debt – not saving jobs.

The deficiencies with the current approach become even more apparent when we look at the numbers. In Canada, SMEs employ 89.4% of the 12 million individuals working in the private sector.[i] Yet few SMEs will find useful support in this package and those who do must drown themselves in debt first. This is hardly the way to support companies that employ 90% of our private sector workers. And it’s worth mentioning that it also won’t boost national demand.

Of course, technically, the government has offered businesses some wage support. The current package proposes wage support of 10% up to a maximum per company of $25K. But anyone who actually runs a business knows $25K is symbolism at best. In no way does this package effectively counter job loss.

Starting the car in the cold: alternative strategies

Every Canadian knows that a car left abandoned in the cold is way harder to restart than a vehicle whose engine has continued to run. This should be the overarching economic lesson that guides the fiscal stimulus given now. We know that the pandemic will eventually end. Everything we do in the next few weeks and months will dictate how well and how fast we recover once everyone feels safe again.

Bold strategies are needed but not yet given. As a starting point, the government should be aggressive with job share support (currently maximized at $573 per month). For example, in Denmark, the government will cover 75% of the salaries of employees paid on a monthly basis who would otherwise be laid off. For hourly workers covered by the agreement, the government will cover 90% of their wages up to $5,000 per month per employee. Similarly, the UK will pay 80% of the salary for all staff kept on by their employers, covering wages of up to £2500 a month.

Instead of debt, what if the government split the salary difference with companies for a few months? This would cut the burden for companies in half, allowing them to keep their workforces whole. True, it would be an exceptional move but then these are exceptional times.

The government should also directly help SMEs since they employ 90% of our private sector workforce. SMEs require immediate help ensuring viability– and should not be forced to take on unsustainable debt to do so. There are a number of different partnering, backstopping and deferral strategies that the government could undertake on this front.

Fixed costs of business, like rent and leases, insurance, taxes and royalties could be temporarily subsidized or deferred. Again, there are a number of strategies that can be undertaken to protect current asset holders (like landlords) while focusing on the short-term viability of business.

Beyond this, there needs to be a P3 approach (public private partnership) that enables the purchase of troubled assets and encourages capital spending. A fund should be created to support this. In past crises, similar funds (TARP) have been set up to support government acquisitions. A more effective approach now would be for companies with strong balance sheets (not governments) to acquire the troubled assets and companies. If the government can backstop some capital project risk alongside private enterprise, it will encourage investment and maintain employment.

A new crisis with new needs

An extraordinary confluence of events has hit Canada and the world. For many businesses, customers have temporarily gone away and there is extreme pressure to remain viable while maintaining the workforce.

While I do not have the franchise on all workable policy ideas, I do know we must do better. COVID-19 will end. $20 WTI will not last forever. Eventually we will climb up the right side of this economic wall. But the car that has kept its engine running is easier to restart. Our economy will come back stronger and faster if business is maintained and strong and dedicated teams are left intact.

The Prime Minister is right that these are extraordinary times that demand extraordinary measures. But the current fiscal package reflects dated thinking. We need to make immediate amends to it. Now is the time to be bold.

[i] According to Statistics Canada, a small business is less than 99 employees and a medium business is under 500 employees.

The Path Less Taken is a space to explore powerful, often overlooked ideas. We created it for leaders who seek to build responsible companies and for readers who believe that thoughtful and nuanced thinking and discourse is a prerequisite to solving the most pressing issues of our time.